Threading and the Asynchronous Pattern

What do we have in this chapter 3 Part 1?

The .NET Framework provides a Thread class in the System.Threading namespace that allows you to create and manage threads in your application.

Creating a thread is simple. All you have to do is create a thread object using the System.Threading.Thread class and pass a delegate method to the Thread constructor that will be called when the thread starts running. A delegate method can be any method that does not take a parameter and does not return a value. The following code fragment demonstrates one possible way to develop a delegate method:

// Do something useful here

' Do something useful here

Dim MyThread As Thread = Nothing

Once you’ve successfully created a thread, you can begin controlling how the thread operates within your program. When the thread is created, nothing actually happens from your application’s point of view; therefore, you’re required to call the thread’s Start() method to get the thread running. Calling Start() actually tells the operating system to begin scheduling your thread for processing. The following code fragment demonstrates how to start a thread using the MyThread object created earlier:

Create a new CLR console application project and you might want to use ThreadExampleCP for the project and solution names as shown below. 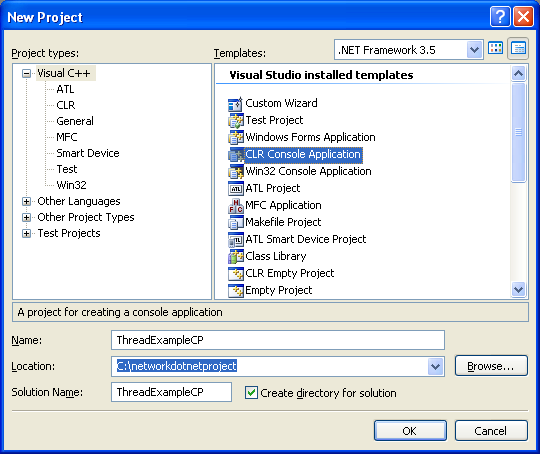 Build and run the project. The following screenshot shows a sample output. 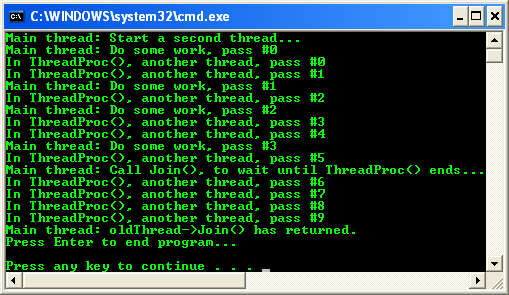 Create a new empty project. You can use the project and solution name given in the following Figure if you want. 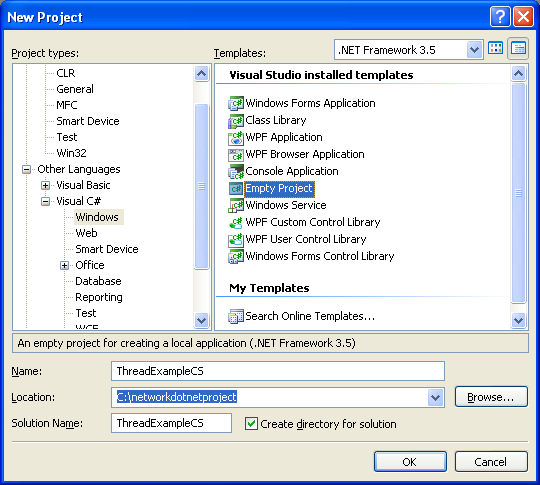 Next, add a new class into the empty project. You can use the class name, ThreadExampleCS as given in the following Figure. 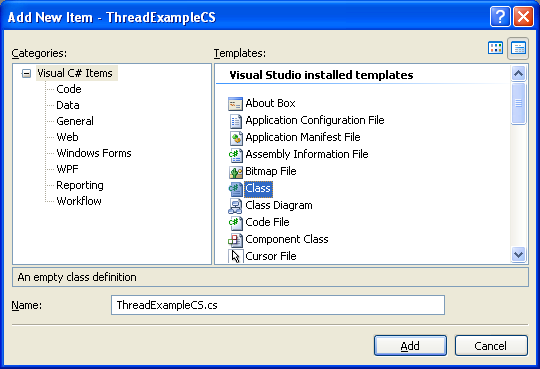 Build and run the project. 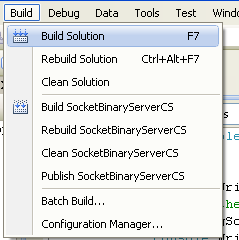 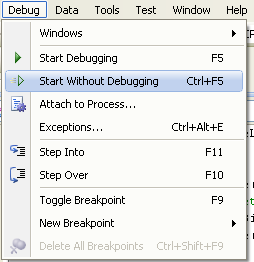 While the program is running, you may want to see the process and the threads count through the Windows Task Manager (Ctrl + Alt + Del). 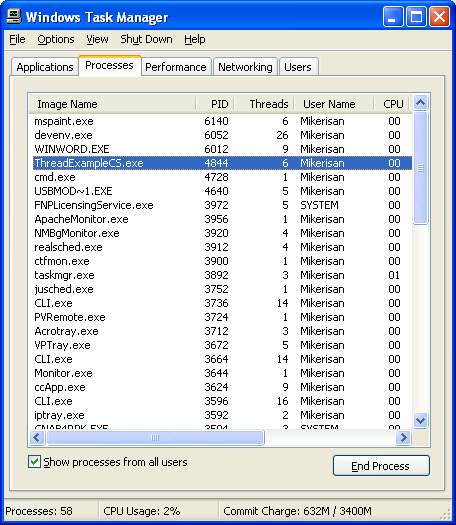 Create a new class library project. You can use the project and solution name as given in the following Figures if you want. 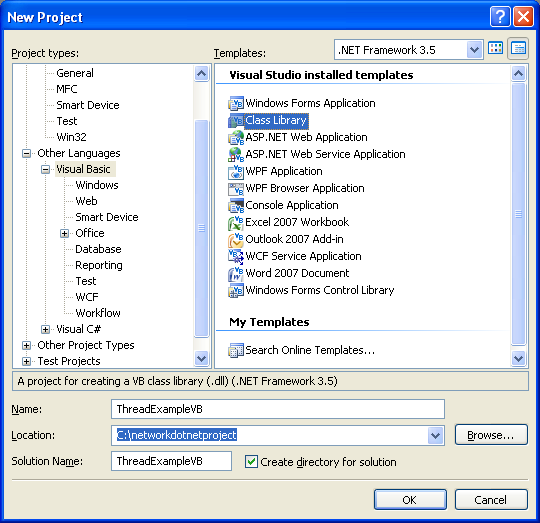 Change the Application type: to Console Application and Startup object: to Sub Main through the project Properties. 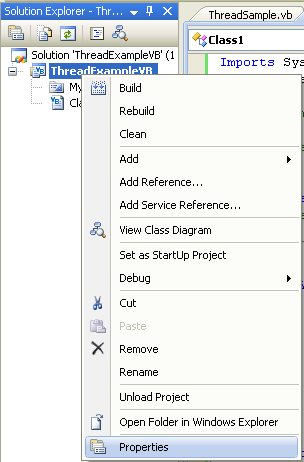 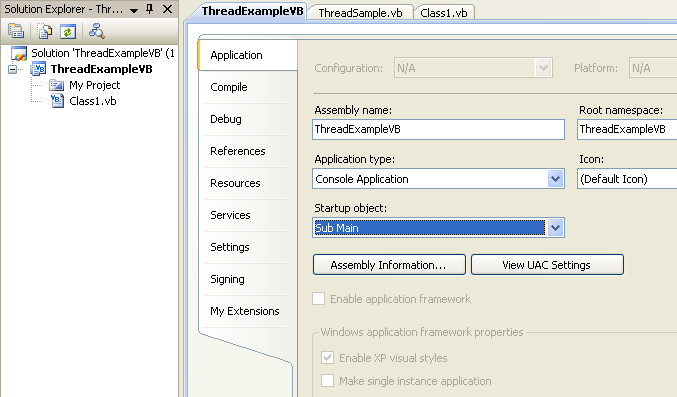 Build and run the project. The following is a sample output. 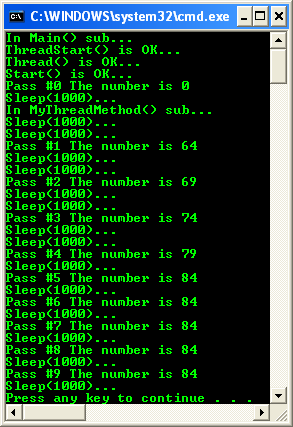